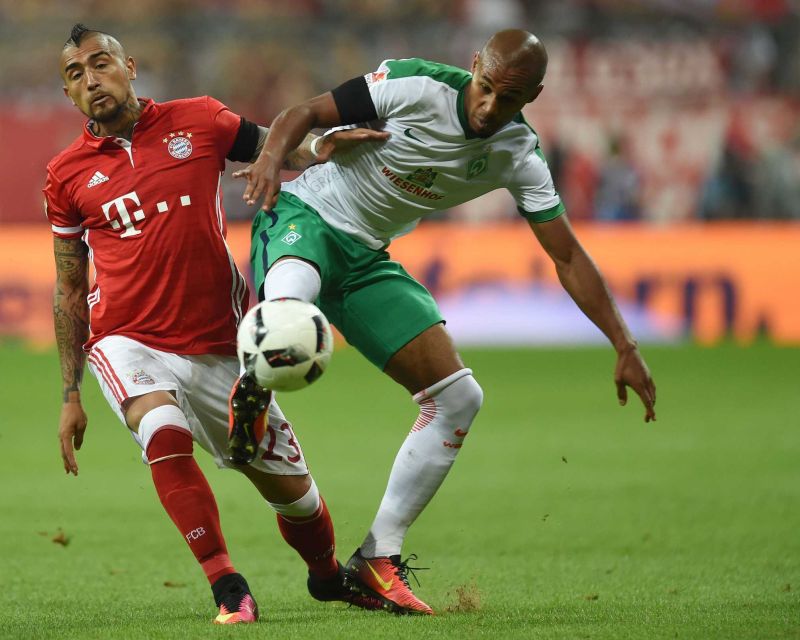 Bayern’s away games in the Bundesliga last season averaged 2.8 goals

Having taken over the Bremen hot seat three games into the Bundesliga last season, Alexander Nouri guided Bremen to an impressive 7th place finish last season. The 37 year-old manager is among a crop of exciting young coaches in Germany’s top flight and he’ll be looking to better last season’s league finish with another big push for European football.

Some might suggest that Bayern might be a weaker side than that of last season, with evergreen duo Phillip Lahm and Xabi Alonso deciding to hang up their boots. In James Rodriguez and Corentin Tolisso, they’ve bought in quality replacements who will be looking to settle in quickly. The Bavarian club’s fans will no doubt be looking at the Bundesliga as a minimum requirement this season, and whilst this won’t be easy – it would be a massive shock for them not to win their sixth successive title.

Bayern have predictably dominated the fixture in recent times – as they have with most Bundesliga teams. At massive odds-on I wouldn’t bother betting on an away win but value can be found in other markets. Considering Bayern are a free scoring side, their away games last season contained an average of only 2.8 goals. On the other hand, Bremen were defensively astute in their opening day defeat against an attack-minded Hoffenheim, with a deflected strike the only difference between the two sides. I’ll therefore be backing a Bayern win and under 3.5 goals

Bayern tend to start their games at a very high attacking tempo which was evident in their opening day win at home to Leverkusen. By looking at previous fixtures between both sides, there seems to be a recurring theme of strong starts by Bayern. On four of the last six occasions, the half-time score between these two sides has been 2-0 to Bayern. However, with it only being the second game of the season I’ll play it safe and back over 1.5 first half goals, which is available at cracking odds.

With so much attacking talent at their disposal, it can be a bit of a guessing game as to who starts for Bayern. Though, one thing that is for certain is that if fit, Robert Lewandowski will be leading the line. With 30 league goals in each of his past two seasons he’s available at a tempting price to score the first goal of the game. On the other hand, this bet could be lost within the opening minutes of the game and at a similar price and I like the look of Lewandowski to score 2 or more, ensuring that the bet is kept alive for the entire game.

With Max Kruse leading the line, Bremen have a genuine goal threat. The German international managed 15 goals in 23 Bundesliga appearances last season and with the amount of chances Bayern gave away against Leverkusen, I’d fancy Bremen to test the Bayern defence. Bremen were the fourth highest scoring team in the league last season with 61 goals. At slight odds-on, it’s worth backing both teams to score.