The Premier League is with us in hand as the first much-agitated game ends in a win for the Champions of Europe and probably the world, Liverpool Football Club.

Keen to capitalize on Norwich side’s slow start, Liverpool had all their four goals within the First half of the match which kicked off at 22:00 pm on the 9th of August 2019. With the Red’s Star players investing in the frontline and midfield of their 4-3-3 formation.

Two of the goals were put behind the net by two of the striking players each one at a time; Mohamed Salah and Divock Origi made the opening of the brand new EPL season a match to anticipate for more action in future games. The first goal being a lucky piece for Liverpool and a regrettable mistake from the Norwich’s side was an own goal taken by Hanley Grant. The 21 years old Norwich defender made the lofty foul in the effort of deflecting a cross into the penalty area by Divock Origi.

Hanley made the first English Premier League goal which was an unfortunate own goal and a critical mistake based on the tightness of EPL matches; in English premier league the first goal is always acutely important thus Hanley should have considered making a better decision by maybe letting the ball past him as his teammate Godfrey Ben was right behind and in a better position to kick the ball to safety.

The game was characterized by very few fouls with the first yellow card in this 2019/2020 EPL campaigns shown to Buendia Emiliano a super active Norwich midfielder, formerly a Getafe FC player. 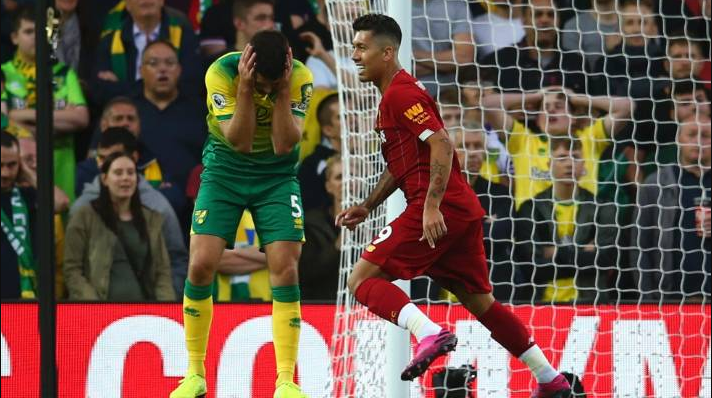 It was a piece of cake for the Reds as they faced off the last season’s championship league winners. Based on their last campaigns Norwich seemed to be quite a worthy opponent before their EPL first game 2019/2020 season which they really proved based on their 2nd half 0-1 win against Liverpool.

Starting off with tension as they faced the Champions of Europe, the 2019 Championship League first finisher’s were subjected to a not very appealing welcome to the EPL race as they are just from 3yr relegation. The Liverpool Vs Norwich match had the two opponents having equal chances to be the first EPL game-winners this season but Liverpool through their massive talents were able to emerge winners.

It was an outstanding performance by Norwich City considering that this is the English Premier League where getting a single goal requires a lot of hard work, sharpness, and luck if we go by the set pieces. As we look forward to more games and activities during this EPL campaigns Liverpool takes an early lead in the Premier League table on the first EPL day. 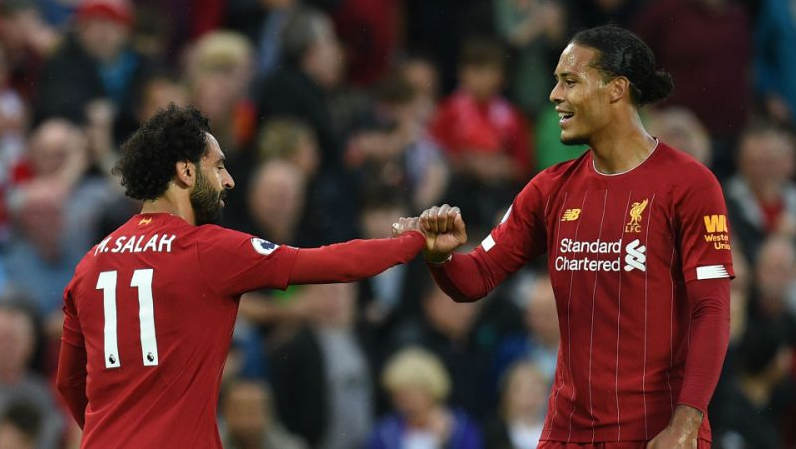 The two golden boots continue to foster Liverpool’s empire with Salah making one of his one-touch finishing goals at the 19th minute of the game. This took Liverpool to safety within the first half after the 7th-minute lucky goal to the Reds by Hanley who will live with the memory of how Origi just made him work for the opponents through a tempting cross into the penalty area.

Mane came in to replace Origi in the second half as Klopp hoped to settle the fuming fans demanding to see some action; unfortunately, Norwich made it impossible and won the second half of the match.

Other Liverpool strongmen to mark in this highly competitive EPL season are; Firmino Roberto the game maker, Henderson Jordan, Origi the Liverpool Miracle man, and Fibinho the guy who never lets the ball past him thus associated with frequent foul commitments while fighting to control the ball.