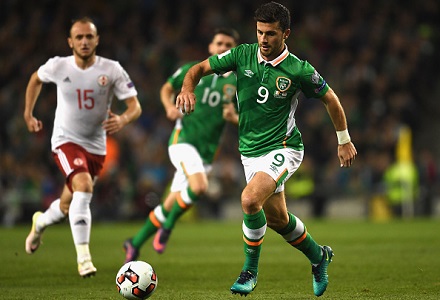 Back the hosts when Austria visit the Aviva Stadium on Sunday evening.

The Republic of Ireland have started qualification strongly, trailing Group D leaders Serbia on goal difference only, whilst they geared up for this clash with a 3-1 victory over an admittedly under strength Uruguay. They hold the best defensive record in their group, and conceded two goals less than Germany did in their qualification group for Euro 2016. Having kept a clean sheet in each of their last five home qualifiers they will be confident of a positive result here.

Austria headed into Euro 2016 as dark horses in some people’s eyes after winning nine of 10 unbeaten matches in qualification, but crashed and burned in the group stages of the tournament and have subsequently won just two of seven games. Their away record is much better having won eight of their last nine road trips, but aside from a narrow victory over Georgia, the rest of these victories came before their sustained dip in form.

Martin O’Neill’s side have won five of eight unbeaten home qualifiers since 2014, and given Austria’s continued poor form we think the Republic of Ireland are good value at 2.5 for the win. Austria are W2-D2-L4 in competitive games since the start of the Euros, though as they’ve netted in five of the last six of these we’re steering clear of the Irish win to nil.

Republic of Ireland v Austria Best Odds : 2.35 ONLY at 1xBet