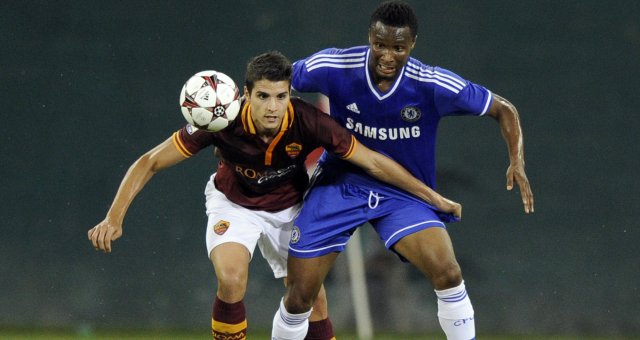 Chelsea are in a commanding position in Group C after their victory in Madrid and should they follow up here they’ll be very tough to reel in. However, the Blues were beaten 2-1 at Palace on the weekend meaning they’ve won just one of their last four in the league, while they’ve also won just one of their last four at the Bridge. They come up against a Roma side that had won five straight prior to a narrow defeat against league leaders Napoli at the weekend, where they were hindered by the absence of both Strootman and El Shaarawy.

Both are in with a chance of returning here, whilst Roma are in excellent form on their travels. They’ve won their four road games in all competitions this term whilst conceding only one goal and they won 2-0 at Milan on their last away day, so will fancy coming away with at least a point.

Indeed, Roma won at three of the top five in Serie A last term and will be keen to exploit the fact that Chelsea will once again be without Kante and Morata. Both of those were key performers in the win over Atletico and there is still a sense that Conte has to prove himself when it comes to European competition. His Juve side won just three of their seven European home games in his last season in charge (W3-D4-L0) and the draw is certainly of interest here. However, since the Blues have failed to score in their last two at the Bridge and come up against a Roma side that’s kept five clean sheets already this term in all competitions, we’re going to take a chance on the away clean sheet.

It’s early days in Eusebio Di Francesco’s Roma career but looking at what his side have done so far, it looks as if he’s going to keep things tight in the big games. They drew 0-0 with Atletico on matchday one while they went down 1-0 against Napoli in their last game in Serie A and so we’re backing Under 1.5 Goals.