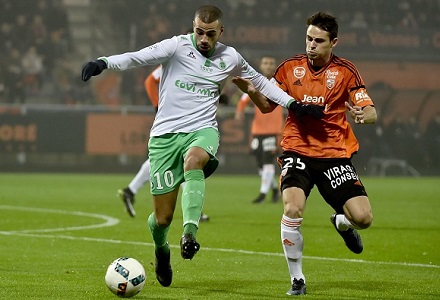 St Etienne are the home draw specialists of Ligue 1 so will that continue on Friday?

St Etienne won for only the second time in nine games as they were 2-0 victors at Guingamp and so they remain in 7th, eight points behind Lyon, who occupy the Europa League spot with just four games to go. They’re seven points off Bordeaux in 5th after they were held to a goalless draw at Dijon, though St Etienne do have a game in hand on their visitors.

St Etienne have drawn their last three at home and they’re generally tough to beat on their own turf, losing just twice there this term and managing a draw against league leaders Monaco and beating Lyon 2-0. However, they’ve had to overcome slow starts in recent times, conceding first in three of their last four at the Stade Geoffroy-Guichard.

Bordeaux haven’t conceded in four and they’ve lost just four of their last 16 on the road, with three of those defeats against the top-three. They’re W2-D3-L0 when travelling to teams between 4th and 10th and given Saint-Etienne’s strong draw trend at home (they’ve drawn seven of their last 13 on their own turf), the stalemate looks the most likely outcome here. We’re going to take a chance on St Etienne continuing to struggle in the first half however by backing Bordeaux/Draw Half Time/Full Time.