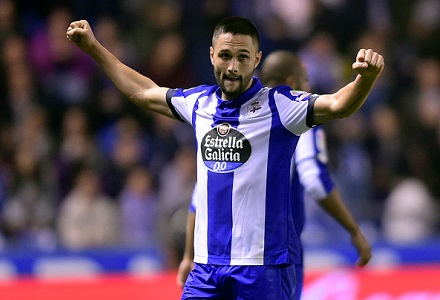 Wednesday’s trip to Deportivo might not be plain sailing for Zinedine Zidane’s side.

After doing so well to get back on level terms with Barca after Sergio Ramos got sent off, Real Madrid will be gutted to have given away a last-minute Lionel Messi goal. They’re now behind their rivals in the standings, but with a game in hand their fate is still in their own hands. Deportivo, meanwhile, aren’t completely out of the water after defeat at Sociedad, but an awful lot would have to go wrong if they were to give up their eight-point buffer over Gijon.

This should prove a tough test for title-chasing Real: very few sides have been given an easy ride at the Estadio Riazor, with Depor losing just five of 16 there this term. Along the way, they’ve beaten top-eight sides Eibar and Real Sociedad as well as stunning Barcelona last month, while only Barca, Sevilla and Atletico have conceded fewer in front of their own fans this term.

Real have won each of their last five on the road but that’s been despite conceding frequently – they let in two at bottom-five clubs Gijon and Leganes most recently. Zidane faces a defensive crisis with Pepe injured, Varane still a doubt and now Ramos suspended, and so Depor will fancy causing another upset. None of their five home defeats have been by more than a one goal margin, and only twice in their last 14 when hosting a top-six side have they lost by two or more goals. With all the pressure on Madrid, we’ll back Deportivo +1.25 on the Asian Handicap.