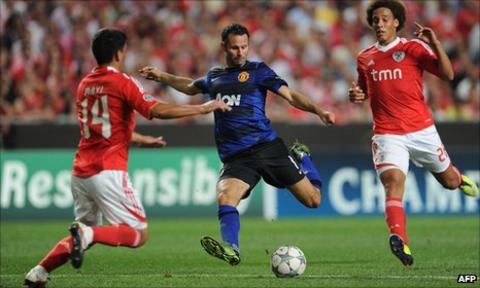 Mourinho will likely settle for a point away to the Portuguese champions.

Benfica have made a poor start to the season as they trail Primeira Liga leaders Porto by five points whilst they’ve lost both of their opening Champions League fixtures, including a 5-0 trashing at Basel. However, most of their problems have come on the road this term, and whilst they’re yet to really ignite in front of their own fans they’ve had some decent results at home in Europe over recent seasons.

The Portuguese are W4-D2-L3 hosting sides we have ranked in Europe’s top-20 since 2013/14, with only one of these defeats coming by more than a single goal, and with Man Utd having already wrestled control of Group A at this early stage we can see Mourinho being cautious in his approach. The hosts have won the Portuguese title for the past four seasons and on paper are the second strongest team in the group so we’re backing them +1 on the Asian Handicap.

The first half has been drawn in nine of Benfica’s last 12 at home in the Champions League, and in fact in four of five games since the start of 2015/16 hosting top-20 sides, including against the likes of Bayern, Napoli and Dortmund. United have only been ahead at the break in four of their eight away fixtures in Europe under Mourinho, drawing in three, and that’s despite the fact that none of these teams were ranked higher than 33rd (we have Benfica 17th).