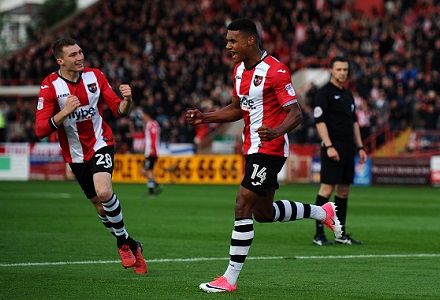 Back to back promotions may be a bridge too far for Lincoln City.

Exeter will have been pleased to play out a goalless draw in the first leg and as a result have been priced up as marginal favourites to make it to the final. With the first leg drawn, home sides have a W6-D1-L1 record in the second leg of League Two play-off semi-finals since 2002/03 and so at the prices it’s hard to ignore Exeter’s claims. They’re in excellent form at home having lost only one of their last 15 at St James Park and picked up seven points from the last three visits from top-six sides.

Lincoln have lost two of their last three on the road and four of their six trips to top-six teams this term, including a 1-0 loss at Exeter themselves. They trailed at the break in four of these six matches and since Exeter have been ahead at the break in their last three at home to top-six opponents, we’re backing Exeter/Exeter Half-Time/Full-Time.

Jayden Stockley is comfortably Exeter’s top scorer this term and he was running hot towards the end of the season with four goals in his last five home appearances. He managed a goal and an assist when these two met at Sincil Bank in the regular season, opening the scoring in that encounter.

Register now and get BEST ODDS AND AWESOME BONUSES up to 200% !