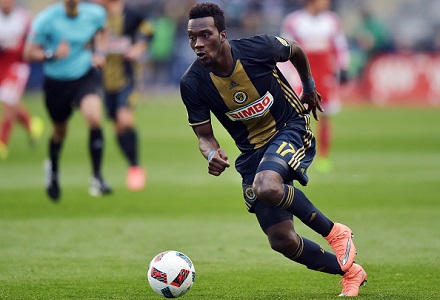 The visitors look worth backing in the Double Chance market in Saturday’s live MLS clash.

New York City twice let a lead slip against New England as they had to settle for a 2-2 draw, meaning they’ve won just one of their last five and so have dropped down to 5th in the Eastern Conference. They’re five points ahead of Philadelphia (but have played a game more), after Union’s run of four straight wins was brought to an end with a 1-0 defeat at Real Salt Lake.

City are W3-D2-L1 at Yankee Stadium this term with their defence once again the issue as they’ve managed only one clean sheet across these games. They’ve conceded in the first half in their last four on their own turf and so they look vulnerable against a Philadelphia side now in impressive form after a slow start to the season.

Union were winless in their first eight games but have improved dramatically, conceding just twice in their last six. Indeed, they’ve conceded only once in their last three on the road and given City usually give their opponents plenty of chances, we think Philadelphia can take advantage. We’re backing the visitors to continue their impressive form and pick up at least a point by siding with them on the Double Chance.