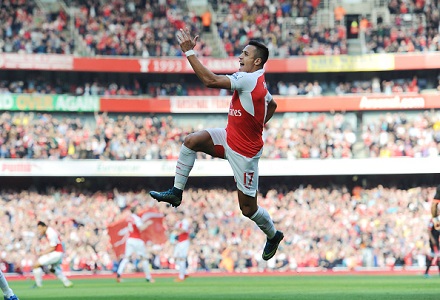 Arsenal might not dish out the thrashing many think on Tuesday night.

Arsenal kept themselves in the top-four race with a 4-1 thumping of Stoke, their fifth win in their last six, whilst they also knocked Man City out of the FA Cup during this spell as the Gunners are finishing the season strongly. They’ve taken a while to get going though, scoring just the single goal during the first half in their last five as four of these were goalless at the break.

Sunderland were tame in defeat as they were beaten 2-0 at home to Swansea, meaning they’ve now lost nine of their last 12, failing to score in 10 of these games. They haven’t however been blown away by teams with seven of their last eight defeats by scores of either 1-0 or 2-0, whilst on the road to top-eight sides they’ve lost all six matches but none by more than two goals.

Arsenal have won five of their seven home games against bottom-eight sides, but they failed to cover the -2 handicap in any of these and so we’re not expecting an absolute thrashing. Instead, with Arsene Wenger’s side failing to win by more than two goals in each of the Black Cats’ last three visits to the Emirates across all competitions, we’re backing Sunderland +2 on the Asian Handicap at 2.7.