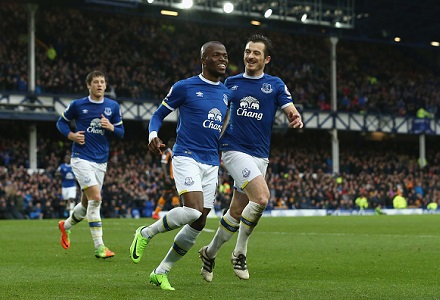 Back Everton to see off the Hornets with the minimum of fuss on Friday night.

Everton appear to be on their holidays after a winless run of three games during which time they failed to score, and perhaps fairly so given they’re bound to finish 7th. However, one of these was a defeat against Chelsea whilst the other two came on the road where Ronald Koeman’s side are now winless in seven. Prior to the defeat against champions-elect, they’d won eight in a row at Goodison Park, scoring 29 goals in the process.

Only the bottom three have scored fewer goals than Watford this season, and given the form of these two home and away respectively the Everton win to nil appears good value at 2.5. However, with Watford, who are missing key defenders in Britos, Cathcart and Kaboul, conceding nine over their last three road trips plus Everton’s fantastic form in front of goal at Goodison, we also like Everton-2 on the Asian handicap.