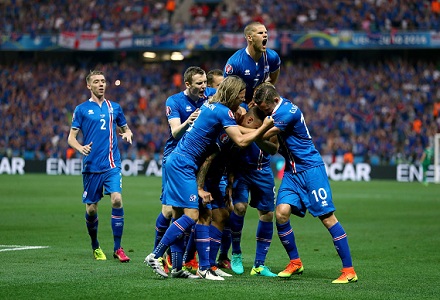 Three of the best bets from the Tuesday International matches.

This was written before these sides play on Saturday but as they are both four points clear of Wales and Austria it’s still guaranteed to be a top of the table clash. Serbia have picked up seven points from their three away games in Group D but six of these came at minnows Georgia and Moldova as they draw the other in Wales. We have Wales ranked 31st and Ireland 29th in our gradings and Serbia’s record travelling to sides ranked between 20th-40th since 2011 is a poor W1-D2-L7. Ireland are unbeaten at home in these qualifiers but this includes draws with Wales and Austria as the three games have seen a total of just three goals. In fact, if you exclude friendlies then they’re unbeaten on home soil under Martin O’Neill, where after thrashing Gibraltar in the first of these fixtures they’ve since gone W4-D4 with each featuring fewer than three strikes. The main goal for both sides will be to avoid defeat and so it’s unlikely we’ll see an open affair. We wouldn’t put anyone off backing ‘unders’ but we think the draw holds the best value.

Italy return home where they’ve conceded just once in their last six, despite facing Germany and Spain in this time (both draws), while they’ve found their scoring boots with 18 in their last four, though eight came against San Marino. Nevertheless, Gian Piero Ventura has certainly got them playing a more attacking brand of football with his side averaging 3.4 goals a game in Group G if you exclude their meetings with Spain. Israel, meanwhile, won their first two on the road at Macedonia and Albania but were thumped 4-1 in Spain meaning they’ve now lost nine of 10 winless matches at top-20 ranked sides (we have Italy 11th in our gradings) since 2007. Eight of these defeats were by at least two goals with five by three or more, so given the Azzurri’s recent thirst for goals we’ll back the hosts to cover the -2 Handicap.

This is a key round of fixtures in Group I with the four top sides all still in with a chance of qualifying facing one another. Home form has been key in this group and it’s Iceland who are the only side with a 100% record which includes victories to nil over Turkey and Croatia in their last two. The Icelanders have lost just one of their last 15 home games, a friendly against Sweden, winning eight of 11 unbeaten qualifiers in this time. Ukraine recovered from the embarrassment of losing to Malta in a recent friendly to defeat minnows Finland in their last road game. However, they drew in Turkey and lost in Croatia and now visit one of the strongest home sides in Europe. We expect Iceland to continue their impressive home form to claim three points here.