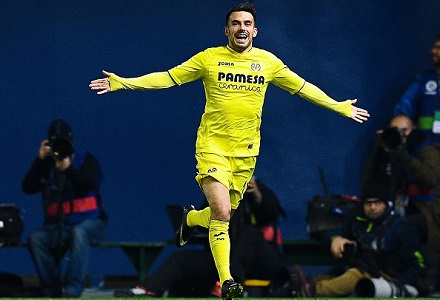 Villareal can push Gijon closer to relegation from La Liga by taking all three points.

Both of these teams have a quick turnaround after they each played on Tuesday, but it’s the hosts who come in flying high after they won 1-0 at Atletico. The Yellow Submarine are now up to fifth in the table, but the final Champions League spot looks just out of their reach with four games to go.

That win at the Vicente Calderon was their fourth in five in the league, so this is a tough task for the relegation-threatened Gijon, who are now without a win in six. Both teams have scored in the visitors’ last four games and in four of their last five on the road, but you’d expect they would need to net at least twice to get something out of this fixture.

Villarreal have scored at least a brace in 12 of 17 home games so far, including in each of their last five. Furthermore the task in front of Gijon is made harder still given Villarreal’s record of W14-D3-L1 hosting teams that have finished in the bottom-six the last three seasons.

Gijon narrowly avoided the drop last year, but it looks like they’ll go down this time around. They’ve won just once on the road all season and they’ve picked up just one point from eight trips to top-six teams since the start of 2015/16. Given Gijon’s pretty impressive record going forward, the value here lies in a home win with the visitors netting at 3.20.

Villarreal v Gijon [Match Result And Both Teams To Score] Best Odds : 3.1 ONLY at 1xBet